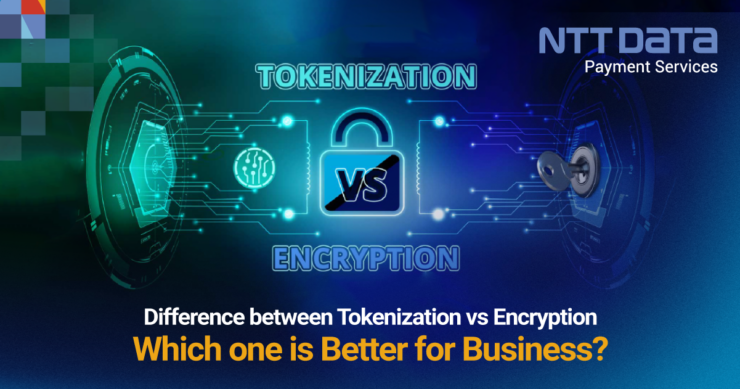 This article will discuss the difference between two very popular encryption methods. Why do we need these? Well, it’s all about keeping your data safe from snooping eyes. In more detail, we are discussing encryption vs tokenization as well as their advantages and disadvantages.

The e-commerce businesses have grown in the past few years. Digital payment has also accelerated, and digital transformation has had a significant impact and benefit in various ways. One of the most important benefits of making an online payment is that it helps to make and receive the transaction much quicker and more securely. Though sensitive information is required to process a payment, tokenization and encryption technologies have long been essential tools for securing sensitive data.

Sensitive data is replaced with tokens, which are randomly generated numbers, during the tokenization process. These tokens have no intrinsic value and cannot be utilized to recreate the original data since they lack inherent value. Information is safeguarded via tokenization to prevent unauthorized users from accessing it.

Through the process of encryption, data that can be read is converted to an unreadable format. A key and an algorithm are used to do this. If the key is known, then the data can only be changed back into its original form. Information is safeguarded using encryption to prevent unauthorized parties from accessing it.

A unique set of characters replaces the card number in the process called tokenization. Its main purpose is to secure the details of the customer’s card during the transaction process. When the payment initiator enters the required details of the card and initiates the payment, the tokenized data is sent to the receiver’s acquiring bank and again to the card network for authorization by the acquiring bank.

Once the authorization process is over, the data will be verified with the secured bank account database, after which the payment process completes, and the decrypted token is sent to the bank, which will then notify them whether the payment was successful or not.

Encryption is the process of transmitting and converting the readable data into unreadable data. This is accomplished by employing a key, which is a piece of information used to encrypt and decode data. The key can be as basic as a password or as complicated as an algorithm. The goal of encryption is to prevent unauthorised parties from accessing data.

When data is encrypted, reading it becomes extremely difficult for someone who does not have the key. Even if someone obtains the encrypted data, they will be unable to decode it without the key.

Difference Between the 2D and 3D Payment Gateway

There are numerous methods of encryption, each with its own set of advantages and disadvantages. It is critical to select an encryption method suited for the type of data being protected as well as the level of protection required.

Difference Between Tokenization VS Encryption

Both tokenization and encryption are methods of protecting data. Tokenization replaces sensitive data with a randomly generated number, while encryption encodes data so that it can only be decoded by authorized parties. Tokenization is generally considered more secure than encryption because it makes the original data impossible to reconstruct. However, encryption may be a better option in some cases, such as when data needs to be shared between parties or when additional security measures, such as digital signatures, are required. Ultimately, the best method of protection will depend on the specific needs of the business.

Difference Between Tokenization vs Encryption: Which one is Better for Business?

Tokenization and encryption are both data security methods used to protect sensitive information. Tokenization replaces sensitive data with a token that cannot be decrypted back to the original data. Encryption encrypts data so that authorized users can only decrypt it with the correct key.

Which is more advantageous for business? Depending on the demands of your company. Tokenization is a preferable choice if speed and scalability are your main concerns. Encryption is the best option if you require additional security and versatility.

Tokenization and encryption are both excellent strategies for protecting company data. There are, however, some significant variations between the two that businesses should be aware of. Tokenization is less computationally intensive than encryption, making it a better choice for enterprises that require vast amounts of data to be processed fast.

Encryption provides greater resistance to advanced attacks since encrypted data is more difficult to decrypt. Finally, the optimal method for an enterprise will be determined by its unique needs and requirements.

In the tokenization process which is replacing a sensitive data component, such as a bank account number, with a non-sensitive equivalent known as a token.

The act of replacing sensitive data with a non-sensitive equivalent is tokenization, whereas encryption is the process of putting data into a format that unauthorised people cannot read or understand.

The process of turning readable data into unreadable data while it is being transmitted is known as Encryption.

No, Tokenization can only handle small amounts of data due to the difficulty of implementation and the encryption can handle larger databases since it has predefined rules that must be followed.

Sign up now to offer your customers the best experience.